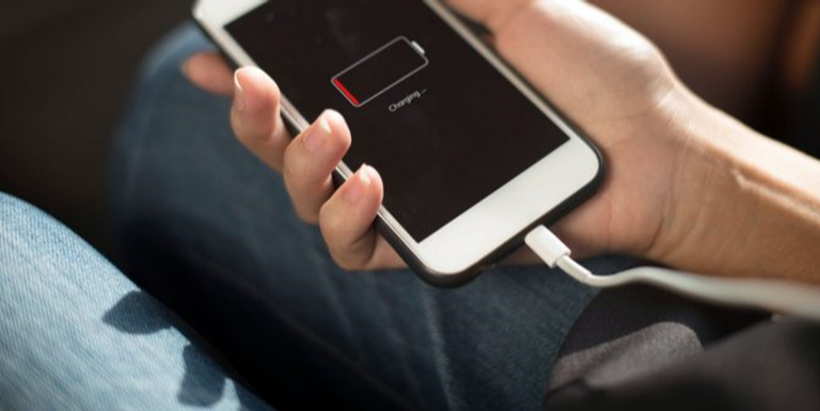 We love, love and love our smart phones, but we hate, hate and hate their short battery life. We have been complaining about the battery’s short life span for years. While a small battery used in our phone is one problem, we have similar problem for a larger battery used in our electrical car as well.

Batteries have short lives. We have to recharge our phone battery once every few days, or worse, once every few hours depending on your phone usage. Battery for the electric car has a larger scale, but then we constantly worry about depleting the battery energy while driving on the street/highway. Not only that problem, but each battery has limited recharging cycles. When that happens, we have to replace the old battery.

Invention and Evolution of Battery Technology

Batteries provided the main source of electricity before the development of the electric generator around the end of the 19th century. Successive improvements in battery technology resulted in the rise of telegraph/telephone, eventually leading to portable computer, mobile phone, electric car and the many other electrical devices we use today. While creating a simple battery is quite easy, the challenge to make a good battery is very difficult. Balancing power, weight, cost, and other factors involve managing many trade-offs, and scientists have worked for hundreds of years to get to today’s level of efficiency.

The history of the battery is the history of electro-chemical science and inventors’ intuitive ideas applied to science. In 1749, Benjamin Franklin of U.S.A. first used the term “battery” to describe a set of linked capacitors he used for his experiments with electricity. In 1800, Italian physicist Alessandro Volta invented the first true battery, which came to be known as the Voltaic Pile. In 1836 a British chemist named John Frederic Daniell created a new cell that would solve the “hydrogen bubble” problem (limited lifespan) of the Voltaic pile. The Daniell cell’s electrical potential became the basis unit for voltage, equal to one volt.

In 1859 French physicist Gaston Planté invented the first rechargeable lead-acid battery. This type of battery is still used in the car industry and sold $44 billion in 2014. In 1899 nickel-cadmium (NiCd) was invented by Swedish Waldmar Jungner in potassium hydroxide solution (alkaline). NiCd battery has power but the toxic nature of cadmium lost market value. The modern alkaline battery was invented by Canadian engineer Lewis Urry in the 1950s by using zinc and manganese oxide as the electrodes.

Nickel-Metal Hydride (NiMH) was invented in 1989 to eliminate toxic cadmium and still rechargeable. Since it has high energy density, NiMH is used in power tools and hybrid vehicles such as the Toyota Prius. In 1991 the Lithium-Ion battery was commercialized by Sony. It has high energy density. For example, lithium cobalt dioxide (LiCoO2) cathodes are used in laptops and smartphones, while lithium nickel cobalt aluminum oxide (LiNiCoAlO2) cathodes are used in vehicles such as the Tesla Model S.

In 1997, the Lithium polymer battery was released by Sony and Asahi Kasei. This battery holds its electrolyte in a solid polymer composite instead of in a liquid solvent. This battery can be applied in portable mobile phones and in radio-controlled aircraft. This battery has 40 percent more power than the old NiMH batteries. It is super light and has no memory effect issues to cause charging problems. All in all, the technologies for the cell phone and its battery have come a long way in a relatively short period of time.

A key factor in battery efficiency is the power density, or how much electrical power a battery can supply per weight. Researchers and companies working with lithium-ion batteries have used nanomaterials to develop anodes to increase to the surface area of the electrodes, allowing more lithium ions to be stored. Nano-wires, a thousand times thinner than a human hair, pose a great possibility for future batteries. But they’ve always broken down when recharging.

In 2016 University of California Irvine student Mya Le Thai stumbled upon an invention to end your phone-charging woes for good. A battery that lasts a whole lifetime became one step closer to reality – thanks to those who had been researching how to make better nanowire rechargeable batteries. Thai has since earned her PhD and now works as a Sr. Engineer at Intel Corporation. In theory, her discovery could lead to a battery that lasts centuries—as long as 400 years.

This discovery uses gold(Au) nano-wires in a gel electrolyte to avoid nano-wire breakdown. In fact, these batteries were tested recharging over 200,000 times in three months and showed no degradation at all. Thai reported that her discovery was accidental as so many other inventions in the past were.

As a life-long student of intuition and a scientist by profession, I believe that accidental discoveries are intuitive-driven. Look at your own experiences, accept your accidents and keep working for your intuition to pop out improvements to your life in the same way that it has played a big part in the history of the battery.