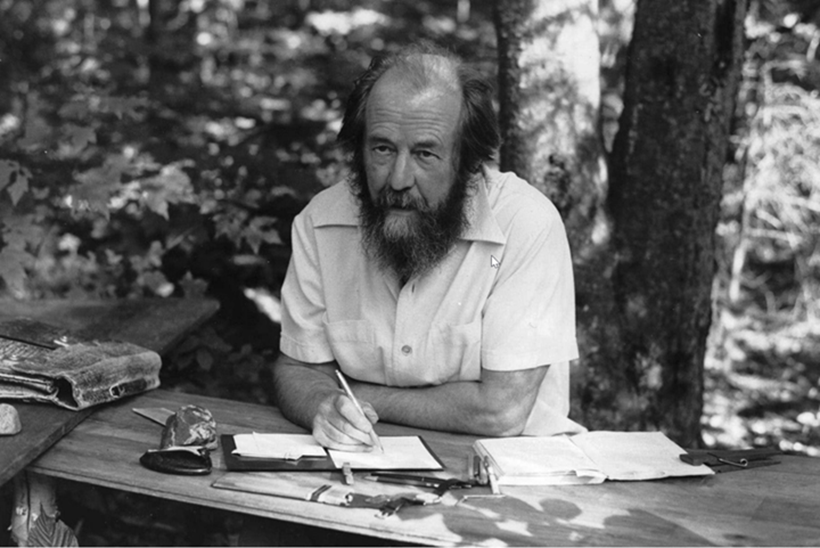 The simple step of a courageous individual is not to take part in the lie. “One word of truth outweighs the world (Russian Proverb).” ― Aleksandr I. Solzhenitsyn (Russian Writer/Philosopher)

The Dilemma of Writing about Communist Liars

No matter how much you cover the story of the millions of lies communists are piling up, the reality of the truth is that they continue to lie regardless of what you write and accuse them of. This will continue until the communist government falls (Soviet Union did). My dilemma here is the doubt that the efficacy of the contents of this writing will garner much attention in the western world while the Chinese Communist Party (CCP) will ignore it completely.

There is a universal agreement among Communism analysts. A former intelligence analyst at United States Navy Reserve once made a remark about Communism.

“More than 100 years of history of communism 2 pillars keep the Party in power – the total lie and the total terror. They cannot survive without either one.”

Katya Soldak, Forbes Staff, who had experienced her young years in the Soviet Union remarks:

“The Soviet version of history omits many facts: The Holocaust, various famines, massacres, labor camps, mass executions. They hid the fact that many people in Ukraine, Belarus and other republics didn’t want to live under Soviet rule. In the USSR, they insist that the fifteen Soviet Republics merrily joined the Soviet Union and everyone lived happily ever after.”

“China’s rulers do not just suppress history, they recreate it to serve the present. For the CCP, Mao is Stalin and Lenin combined; attack Mao and his era and you attack the foundations of the Communist state. Almost all plaques at historical sites, for example, tell either partial histories or outright lies.”

Chris Patten writes the following examples of CCP lies on the infamous handling of Uyghur people:

“A recent Australian Strategic Policy Institute study based on satellite images indicates that China has built 380 internment camps in Xinjiang, including 14 still under construction. Having initially denied that these camps even existed, some Chinese officials now claim that most people detained in them have already been returned to their own communities. Clearly, this is far from the truth.”

“After the 2002-03 SARS epidemic, WHO negotiated with its members, including China, to establish a set of guidelines known as the International Health Regulations. Under these rules, especially Article 6, the Chinese government is obliged to collect information on any new public-health emergency and report it to the WHO within 24 hours. Instead, China “suppressed, falsified, and obfuscated data and repressed advance warnings about the contagion as early as December 2019.”

On issue of Spratly Islands in the South China Sea

“Former U.S. President Barack Obama also can attest to General Secretary Xi’s lack of trustworthiness. In September 2015, Xi assured Obama that China was not pursuing militarization in and around the Spratly Islands in the South China Sea.”

On the issue of Hong Kong:

“In 1997, China promised the United Kingdom that Hong Kong would retain its autonomy and mini-constitution of sorts for 50 years. Even before half of that promised duration was over, China has revoked the autonomy of Hong Kong. The Chinese Communist Party brought out a Security Law that will create powerful new secret police.” Xi has therefore torn up the promises. Moreover, the law that China imposed to eviscerate Hong Kong’s freedom has extra-territorial scope. Article 38 of the National Security Law can apply to anyone in Hong Kong, mainland China, or any other country. So, for example, an American, British, or Japanese journalist who wrote anything in his or her own country criticizing the Chinese government’s policy in Tibet or Hong Kong could be arrested if he or she were to set foot in Hong Kong or China.”

I can see that the CCP prefers deceit as its first and only option against all countries. Also, it is important to know that deceit is the complete opposite of democratic Western country’s moral standards. CCP’s logic is this; as long as CCP has strong military forces, CCP can do anything to the weaker countries. China relies solely on Arms power and nothing else.

It is interesting to know that not many people have openly and critically examined the background of Karl Marx. Many past scholars and researchers who had studied Marx’s philosophy had never dug deeply beyond the surface of his writing nor had tried to find his relationships between his characters and theories. There must be reasons why Marx created what he created.

Moral: Marx denied the possibility of a soul. Marx (materialist) believed his existence was an incidental gathering by the accidental forces of nature. By accepting this, his followers, namely communists, are practicing a materialistic law of selfish survival in this world. He also said that religion is opium of the people. His ideas of Communism can be called as opium of the communists.

Political Fugitive: Marx lived between 1818 – 1883 and he lived more than half of his as a fugitive. The whole reason was that his thoughts were perceived as dangerous to any government and leaders living at that time. In March 1843, under censorship and heavy pressure from the Prussian (Germany today) government, Marx resigns as editor-in-chief of the Rheinische Zeitung and the next day it is banned in the country. Marx moved to Paris, France. In 1845 Marx was expelled from France to Brussels, Belgium. In 1848 Marx was arrested in Brussels and was expelled back to Paris. He then moved back to Cologne (Köln, Germany), but Marx was ordered to leave the country in May. Marx returned to Paris, which was then under a reactionary counter-revolution and a cholera epidemic, and was soon expelled by the city authorities. Unable to live in Paris, in Brussels, or in Germany, Marx moved to London in June, 1849. He continued his lifelong revolutionary work from the slums of London. To a person living in the filthiest neighborhoods in London with a bare-minimum income (from his friend Engels), his theory of equality was what he needed in his life. He died in London 1883.

Poor Health: Marx referred to his health problems as “the wretchedness of existence.” Biographer Werner Blumenberg writes that Marx suffered from headaches, eye inflammation, joint pain, insomnia-which Marx fought with narcotics, liver and gallbladder problems, and depressive symptoms. The pain was most likely caused by Marx’s years of bad habits: working late nights, eating liver-taxing food, and smoking and drinking excessively. Yet Marx kept up the pace of his work even after developing boils in 1863 that were so painful he couldn’t sit down. The illness emphasized certain traits in his character and his expressions could be rude and cruel.

In 2007, a retrodiagnoses of Marx’s skin disease was made by dermatologist Sam Shuster of Newcastle University. The most probable explanation was that Marx suffered not from liver problems, but from hidradenitis suppurativa, a recurring infective condition. This condition, which would not have been known to Marx’s physicians, can produce joint pain and painful eye conditions.

Shuster went on to consider the potential psychosocial effects of the disease, noting that the skin is an organ of communication and that hidradenitis suppurativa produces much psychological distress, including loathing and disgust and depression of self-image, mood, and well-being, feelings for which Shuster found “much evidence” in the Marx correspondence. Professor Shuster went on to ask himself whether the mental effects of the disease affected Marx’s work and even helped him to develop his theory of alienation.

When I consider Marx’s way of living with his thoughts/philosophy, it is the complete opposite of Siddhartha Gautama (Buddha)’s main philosophy of “Living Middle Way.”  Marx’s life was spent in extreme ways from beginning to end. Professor Shuster’s suggestion of “Marx’s diseases affected his mental effects” may or may not be true, but communist countries are practicing sick-man’s theory on this world. They are repeating life of endless troubles Karl Marx symbolized in his disease-ridden life. So often students tend to mimic teacher’s behavior unconsciously, because they trust the teacher’s actions more than their words.

Lying has positive and negative effects. On one side it allows people to feel better about themselves and look better in others’ eyes. Saving face is one example. Also, it is able to maintain good relationships between people. In general, lying can serve only for short-term though.

On the other side, lying can also create problems. The most significant issue is that lying can generally erode trust in societies where people look at the long-term. This is because, sooner or later, people find out that you are lying about your statements/data or words. An interesting finding about lying by many researchers is that when liars lie successfully and deceive people on a small scale, the liar tends to expand his lying, therefore, the small scale lie grows bigger until the liar reaches an uncontrollable scale. All of the Soviet Union’s GDP data were found false for 70 years, which was discovered only after the Soviet Union was dissolved into 15 separate countries.

When Communist countries repeat their propaganda the way China is doing today, the China benefits in the short-term, and the China loses trust from the other countries in the long-term. Once your trust is lost, it takes many years to establish the trust again. The China is playing dangerous games today.

The Revenge Mode of CCP Communism

As I have written in the past blog (see http://instituteofintuition.com/usa-to-china-why-do-you-lie-and-cheat-us-china-to-usa-this-is-our-war-stupid-2/), CCP is in their revenge mode toward developed countries(mostly US, Europe, Russia, Japan) as China had experienced many humiliating defeats from these countries since around 1840 until the CCP won the Chinese civil war in 1949. Now, armed with Chinese Communism (from Karl Marx, Mao Zedong and Xi Jinping) style deceptions with never ending lies, CCP won’t listen to world voices unless someone defeats them again with mighty physical forces.

My intuitive assessment is this: Unless you forget about your country’s humiliating history, and unless you share core value systems with your world neighbors, you cannot rebuild your healthy and respectable relations again. The nature of revenge is that it repeats by itself. China wants respect from other countries, but in reality, it appears that they want disrespect from the world by bullying around every country they encounter