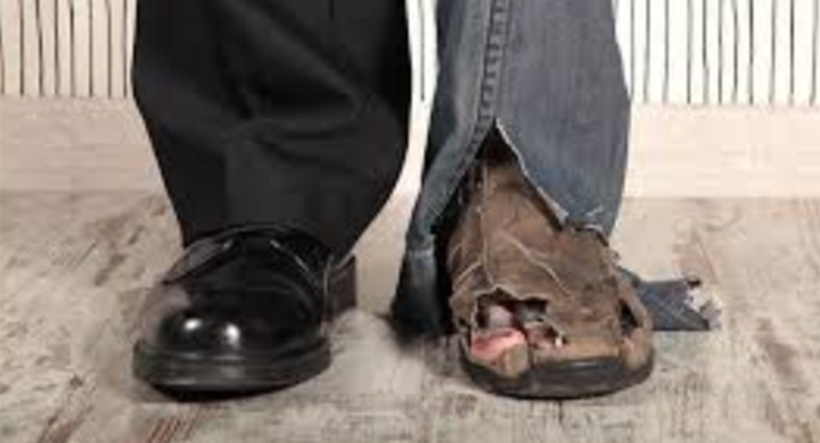 We live in an instant gratification environment. Why wait for tomorrow when you can get it today?  No money? No problem. Credit is readily available. Let the good times roll as we add another item in the debt column. Slowly but surely we begin to feel a queasy uneasiness about the growing debt.

When I was in elementary school during the 1950s, one small program was applied to all children starting from grade 3. That was the practice of saving money for each child and to make the child’s saving account grow. Since my school was in a typical rural area and the times were only 10 years after my country was defeated in WWII, there weren’t that many children to participate in the program – the only economy lesson available at that time. My parents being poor at the time I could not expect much help from them so I had to work to save 10 to 100 yen every month. Somehow, I managed to save every month without spending hard-earned cash.

By the end of grade 6 when the account was returned with some interest, I had 3600 yen although my parents took it away for our family needs. I wasn’t sad. I had a great feeling of helping my parents then. If anything was learned from that lesson, it was the importance of saving money. Later I realized that it was only saved money, not investment money. The practice of saving however became a strongly ingrained discipline in the people of Japan. According to 2017 statistics, the average Japanese family has16.64 million yen in savings which is equivalent to US$148,500 at current (April 2019) exchange rate .

The above was an economy lesson I learned outside of the regular curriculum in the old days. The main thing was that the importance of saving was instilled in early childhood. In comparison how is the average American doing? Here are some 2018 statistics.

Habits that separate the rich from the poor

There are many theories on how to turn your situation around from being financially poor to financially rich. To make your memory burden small, I can offer you a method Jim Rohn offered: The 70/30 Rule, which is how to live on after tax income. That is “live on 70% of your after-tax money” and allocate the remaining 30% in the following way.

My elementary school practice of saving a small amount of money every month wasn’t a bad idea after all. What I was missing was charity and investment. What average Americans are missing today is exactly that: saving money first before spending. Many are doing the complete opposite so they are broke and miserable at the end of their life. They need to listen to and sharpen their intuitive common sense. That feeling of queasy uneasiness I mentioned at the begging? That was intuitive common sense knocking on your financial door.