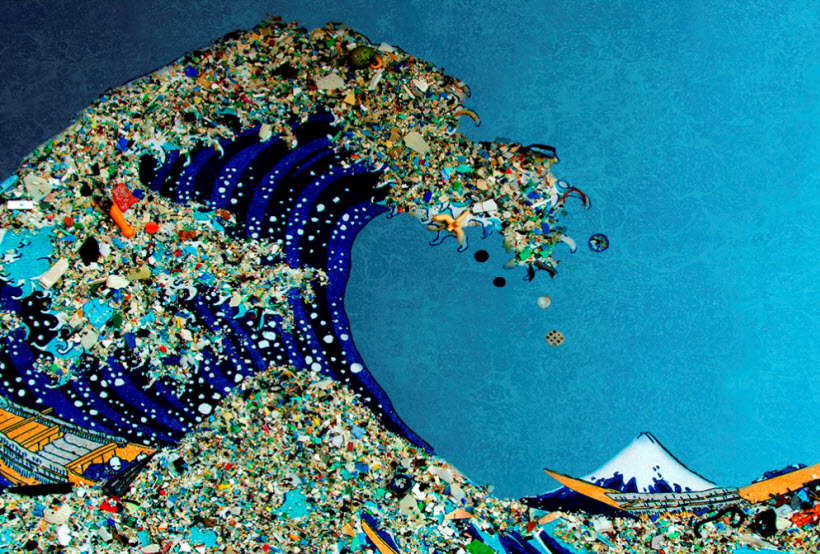 Quotes from Saint Bernard of Clairvaux

“The road to hell is paved with good intentions.”
“The three most important virtues are humility, humility, and humility.”

The French churchman Saint Bernard of Clairvaux (1090-1153) was of a noble Burgundian family. He received a careful education in his youth. He was a Cistercian monk and founder and abbot of the monastery of Clairvaux. A theologian and Doctor of the Church, he dominated Europe through his eloquence and his counselling of popes and rulers. He was a major leader in the revitalization of Benedictine monasticism.

Connection from Deception to Creativity
In my previous blog on Deception (Part-1), I explained the connection between deception and creativity as::

“Deception is a Short-Term Solution. Dishonesty leads to heightened creativity, which in turn allows people to come up with creative justifications or cover-ups for their unethical behavior, which in turn makes it more likely they will be dishonest in the future. A cycle of rule-breaking is perpetuated.”

Another way to understand creativity is this: since the creative person works as a rule breaker, he/she is going to twist the current rules or to ignore the current rules entirely in order to achieve what is needed for creativity. Once achieved, the creator is praised and the company becomes a monopoly in this field for a while. They make money and everybody is happy.

If the creative ideas were accused as being fraudulent or as an idea stolen from other companies, the profitable company can use only a fraction of the money benefited from being a monopoly, like Monsanto or Coca-Cola has been doing, to defend their rights. I can remind you of the most famous inventor Thomas Edison’s life. He spent one-third (1/3) of his productive time in defending himself in court.

Connection from Creativity to Self-Destruction
In our history of creativity, there are many world-changing and therefore important inventions that dominate our planet. What most of us do not know is that the following invented examples are used outside of the scope of original intentions. Some inventions can be celebrated during their time, but are proven to be devastating in the long run. This is why I inserted two quotes from Saint Bernard of Clairvaux at the top. Although he lived a religious life in France 1000 years ago and therefore nothing related to deception, I found his quotes brilliant and applicable for us today.

Leaded Gasoline:
Pull in to the local gas station and every pump has something in common. “Unleaded” is the word. For 75 years, gasoline companies ignored the cry from the people about the danger of lead mixed in gasoline in order to get rich. Tetraethyl lead ((CH3CH2 )4Pb) boosted the octane levels in the fuel. Thomas Midgely Jr. was responsible for this product. But the question of gasoline safety was issued from Day One.

Researchers at four North American universities, led by Bruce Lanphear, of Simon Fraser University in Vancouver Canada, studied the fate of 14,289 people whose blood had been tested in an official US survey between 1988 and 1994. Four fifths of them had harbored levels of the toxic metal below what has hitherto, been thought to be safe.

The study found that deaths, especially from cardiovascular disease, increased markedly with exposure, even at the lowest levels. It concluded that lead kills 412,000 people a year – accounting for 18% of all US mortality. Calculating the Tetraethyl lead in the market for 75 years (1921-1996), the total death accumulated becomes 30,900,000 (75×412,000) people. The great anti-knocking chemical agent, invented by Thomas Midgely Jr., killed nearly 31 million people before it was taken off the market.

Trinitrotoluene (TNT)
When German chemist Joseph Wilbrand first made TNT in 1863, his intention was to create a honey-colored yellow dye to be used in clothing. He called it “trinitrotoluene”, and its bright yellow color led him to suggest that it could be used as a dye. In early years TNT was difficult to make it explode as it was so insensitive and difficult to blow up. It had the lesser detonation in comparison to dynamite. Twenty eight (28) years later, another chemist, Carl Häussermann, discovered that it had explosive quality. This insensitivity become the explosive of choice throughout World Wars I and II.

The main advantage was discovered by the German navy, who employed TNT’s relative explosive stability in order to cause massive damage to British warships. Their torpedoes could be detonated inside a ships armor, rather than exploding on contact as did other shells.

TNT is still widely used by the United States military, as well as construction companies around the world. This TNT is now being used completely outside the scope of the inventor Joseph Wilbrand original intention. How many million people have been killed by TNT since it was invented? No one knows, certainly not the inventor Joseph Wilbrand himself. Terrorists use dynamite (Alfred Nobel’s invention) along with TNT and Improvised Explosive Devices (IED).

All for killing people.

Indestructible Plastics
While invention of various plastics was intended to make our lives rich and convenient, the plastics remaining after usage became not only a nuisance in our life, it is likely to become dangerously toxic. All of us are inundated by many kinds of plastics, microplastics (<5mm long) and nanoplastics (<1000nm). All plastics are known to break down into microplastics then into smaller nanoplastics over the time, but never disappear. All of these plastics are destined to spread over our lands and water system and finally into the ocean. During 1950-2015 humans made a cumulative 7.8 billion tons of plastic. Today we are making over 450 million tons every year and increasing. We are simply living our lives surrounded by plastic pollution.

Visible when produced, the discarded plastics are polluting everywhere, in your backyard, roadside, on any ground in our living space. When discarded plastics reach our water systems, it is destined to be carried away into the ocean. We see them on beaches, on the ocean surface, below sea water and even at the bottom of the ocean. By the time plastics reaches and floats with the ocean currents, the visible size gradually becomes smaller and smaller, and then invisible, at which point it is referred to as a nanoplastic. Because of this reason, we thought plastics decomposed and disappeared. We were wrong. It became smaller but never disappeared. Scientists estimate that plastics have a life span of at least 450 years, or of never expiring. We have a huge problem.

The Invisible Nanoplastics
Currently many researchers are investigating the relationships between infinitive numbers of invisible nanoplastics and human health. One reason why they pay attention to nanoplastics is that the original plastics contain toxic chemicals harmful to human beings. They added chemicals to make plastic useful for their intended use, but not consider the possibility of the chemicals getting into the human body.

If nanometer scale toxic plastics are ingested into human tissues, then the nanoscale plastics become poisonous to humans. The research in this field is relatively new and not enough data is available. However, it is known to report that many small fish and plankton are eating millions of small plastics by misunderstanding that these plastics are their food. Inside their stomachs are full of plastics. Their growth is limited and their reproduction system is suffering. Are you sure you are not eating plastics today?

Short-Term Creativity
We are all creative beings. We get idea and we cheat on our current rules in order to get ahead of millions of other people in order to get material gains. Some people are very talented at cheating and become president. My point is this: we are gifted beings in many areas. Deception is, after all, a part of our gifts. At the same time, we have traditional moral disciplines, which vector is heading AGAINST our cheating gift. Thus, we have our own internal conflict forever working inside of us.

I prefer listening to my intuition for my next step direction. So many people in history chose the selfish side over the unselfish and on reflection, regretted their choice at the end of their life. It tells me that this reflection is strong in human nature. We are individualistic, but we are individualistic on how to help others. Deception and creativity are all for not to destroy yourself. Do not engage in self-destruction while you still have a chance to survive. When you get a bright idea, think Saint Bernard of Clairvaux’s humility as so often our bright idea works only for short-term.