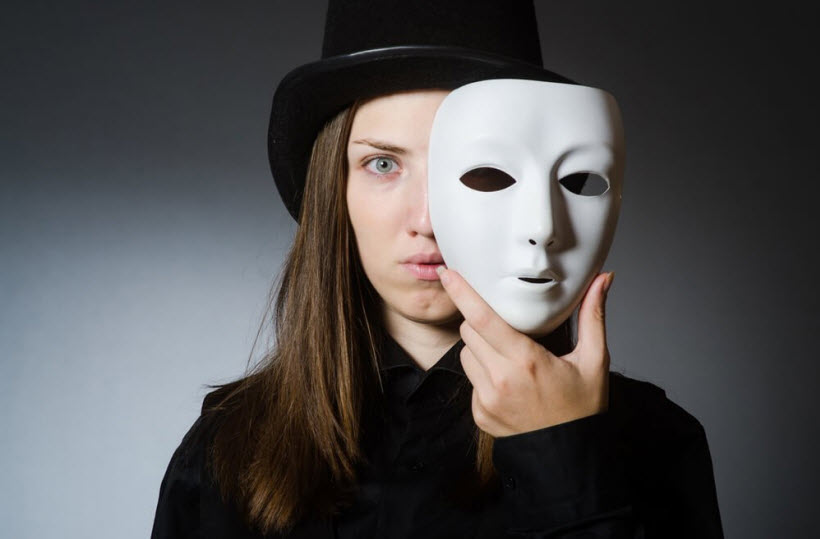 – In Part-1, the Greek and Chinese deceptions in war were discussed. Although we consider wars as extraordinary moments in history and that, that is why people practice deception, the reality tells us that people practice deception all the time whether they are at war or in peace. In this Part-2 the following deception examples are from the modern-day field of science and how science pretends to be trustworthy. Actually, the pretenders use science’s long-standing reputation of being factual as a camouflage for their wrongdoing. Their motivation for deception is to make big money.

It is interesting to know how the corruption of science contributes to the collapse of modern civilization. The following writings are excerpts from Richard Gale and Dr. Gary Null of Global Research of USA written in January 2019. This is serious business in science.

During the past decade, scientific prejudice, bias and outright deceit has been endemic to peer-reviewed scientific literature, especially in the medical and psychiatric fields. Medical journals have been thoroughly hijacked by the pharmaceutical industry as have departments at universities and research institutions that are principally funded by private interests. It is no longer a secret that industry-funded studies inordinately convey positive results. Positive research is published; negative research is suppressed and buried. Consequently, the reality of robust and honest medical research is skewed and distorted. Physicians and medical clinics thereby only get a small peek into the actual safety, efficacy and contraindications of the drugs later peddled to them by pharmaceutical sales reps.

“It is simply no longer possible to believe much of the clinical research that is published, or to rely on the judgment of trusted physicians or authoritative medical guidelines. I take no pleasure in this conclusion, which I reached slowly and reluctantly over my two decades as an editor.”

Besides, many of the research scientists are funded from the company so that there are very strong incentives for scientists to fabricate favorable result on their research. The scientific results are simply not “scientific,” but rather compromised science or straight outright deception.

The ancient Greek physician Hippocrates, the father of modern medicine, stated, “Let food be thy medicine and medicine be thy food.” Unfortunately, this old tenet was forgotten in our modern civilization.  Agriculture-chemical giant Monsanto, which has its fingers in the majority of food products consumed in the US, is notorious for relying upon a wide network of ghostwriting resources to intentionally undermine governments’ regulatory agencies and deceive the public.

Journalist Carey Gillam has been a close investigator and watchdog over Monsanto’s shenanigans for many years. In 2016 the journal Critical Reviews in Toxicology published a “special series” of science articles reviewing glyphosate’s carcinogenic potential. The World Health Organization had already ruled the chemical might cause cancer, and European health officials were seriously deliberating on banning the herbicide from the continent.

Corporations like Monsanto hide behind shadowy non-profit organizations, front groups and shill think tanks that project the public image of being legitimate and expert scientific institutions. Here is example of how Coca-Cola – the world’s largest manufacturer of sugary beverages – teamed up with a corporate sponsored non-profit, the Global Energy Balance Network (GEBN), to promulgate the message that “weight-conscious Americans are overly fixated on how much they eat and drink while not paying enough attention to exercise.” GEBN, which has recruited many prominent scientists and health professors, swears by its independence from Coke’s influence. New York University professor of nutrition and food science Marion Nestle, has labeled the GEBN as “nothing but a front group for Coca-Cola. Coca-Cola’s agenda is very clear: Get these researchers to confuse the science and deflect attention from dietary intake.”

While it is easy to blame private industry for producing the junk science appearing in peer-reviewed journals, we should see the corruption within the publications and senior editors. The reason is simple: There is far too much financial incentive for professional journals to approve and publish corporate funded research.

Jessica Liu at the University of Toronto’s Medical School conducted an analysis of payments US drug makers made to 713 editors employed by 52 high impact medical journals. Fifty percent of editors were identified playing this corporate game and received payments for services that included preferential treatment towards article submissions and appointing peer reviewers.  Liu and her colleagues estimated that the mean payment for general articles was $28,100; for research submissions, $37,900. Simply put, scientists’ moral is silenced by money.

When the Roman Catholic Church ruled over Europe, its job was to maintain absolute control over kings and queens and the masses. Dissent resulted in excommunication and even death under threats of eternal damnation in the infernos beneath the earth.  After 1000 or more years human situation has not changed much. Did science replace the Church? Wearing a white coat has become a sign of authority because these people are groomed to create the impression that they possess esoteric scientific knowledge.

Philosopher Bertrand Russell writes, “Science is no substitute for virtue; the heart is as necessary for a good life as the head.” If Russell were to witness the rotten state of medicine today, he would undoubtedly conclude that medical science had surgically removed its heart years ago. He would also acknowledge that our situation now threatens “the destruction of our civilization” as he predicted. Russell might have said “the collapse of our civilization would in the end be preferable to this alternative.”

Our Intuition on Deception

Sarah Griffiths writes: A psychological scientist from the University of California found humans are very poor lie detectors unless they used ‘gut instinct.’ Experiment participants were only able to detect liars better when using their ‘gut’ instinct. That gut instinct is probably worth following as it is better at spotting liars than our conscious mind, said researchers. The study suggests that conscious awareness may actually hinder our ability to detect whether someone is lying. This is a clear statement that your intuition is in a different plane from that of our conscious, calculated, or logical plane. Our consciousness (or lie detector machine) is helpless against deception. The deception catching experts could get ~90% right while most of us get ~54% which is not much different from flipping coins (50%).

Study author Dr. Leanne ten Brinke said: ‘Humans are very poor lie detectors, performing at only about 54 per cent accuracy.’ Results showed that participants were more likely to unconsciously associate deception-related words such as ‘untruthful’, ‘dishonest’, and ‘deceitful’ with the suspects who were actually lying. At the same time, the participants were more likely to associate truthful words such as ‘honest’ or ‘valid,’ with the suspects who were actually telling the truth. We are better at identifying liars when we rely on initial responses rather than thinking about it, say psychologists.

The Consequences of Dishonesty

Desire for material gain motivates people to lie. When this desire motivates lying, the consequences are negative – not only for the person caught trying to deceive others but for other people. When people lie out of self-interest, their deceptive behavior becomes a social norm. Lying is socially contagious in that when people see the precedent that dishonesty is appropriate, they are more likely to lie themselves.

In the large scale, Researchers at the Brookings Institute estimated that China had inflated its GDP growth rate by close to 2 percent every year between 2008-2016. So, in reality, China hasn’t seen a 6 percent growth rate for nearly a decade. Moreover, the actual size of the Chinese economy was an estimated $10.9 trillion, 18 percent lower than the officially stated $13.4 trillion as of 2018. Also, there is a theory that exists in this world that China never got GDP past Japan so that they are still #3 in the world after US and Japan. When deception continues no one believes official government reports which are supposed to be the most reliable document of the country.

Great civilizations are not murdered. Instead, they take their own lives. The historian Arnold Toynbee concluded in his Study of History. It was an exploration of the rise and fall of 28 different civilizations.

Think of civilization as a poorly-built ladder. As you climb, each step that you used falls away. A fall from a height of just a few rungs is fine. After you climb higher, your fall becomes deadly. Eventually, when you reach a sufficient height, any drop from the ladder is fatal for you. This is what a deception filled society is heading towards. We can define this as “self-destruction.” Human nature works in such way that we seek material gains but the moral part is always watching ourselves. You cannot ignore your moral.