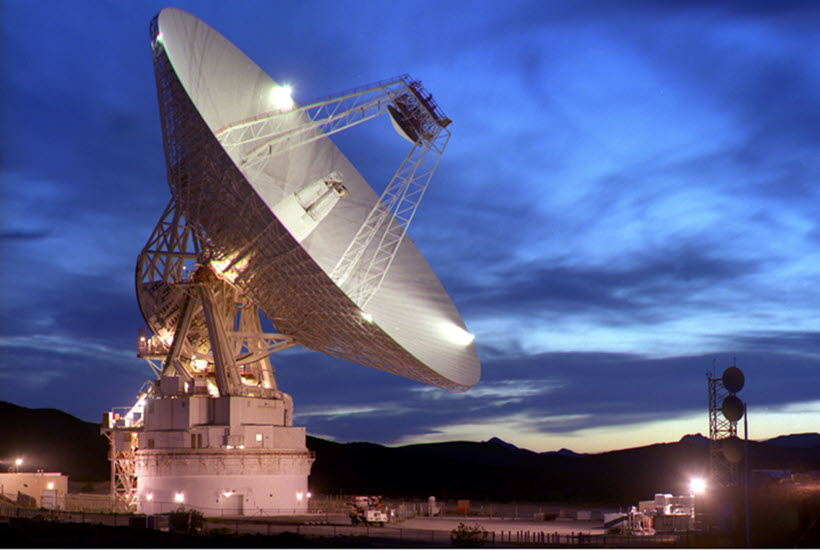 In 1950 Italian physicist Enrico Fermi (Nobel Prize in Physics 1938) asked ‘where is everybody?’ He addressed a contradiction in astronomy and it can be summarized this way:

If extraterrestrial (ET) life and even intelligent alien civilizations are not just likely, but highly probable with billions upon billions of stars all around us, then why have none of them been in contact with us? Are there biological or sociological explanations for this “Great Silence?”

There are many answers to this paradox. One of them says that if aliens do exist, the odds that they’ll destroy themselves are pretty high before we ever meet them. We know well from our own history of planet earth that we have experienced endless wars just looking back 10,000 years. If our earth civilization is projected to continue for one million years, the situation could be worse by 100 times of what we have experienced to date.

Also, there are good reasons to explain their absence. They are avoiding us because of pure physics. The distance between stars would require generations to cross. Faster than light speed is completely speculative. We do not know how to generate energy to surpass light speed, nor do we know how to practically execute space travelling for a long time. These challenges require technologies of which we have no idea at the present time.

The Zoo Hypothesis: One Unique Answer to the Paradox

In 1973 John A. Ball, a Harvard Astrophysicist, proposed “The Zoo Hypothesis” in which he posited an answer to the Fermi paradox involving the deliberate non-communication of advanced ETI (extraterrestrial intelligence) elsewhere in our universe:

“…the only way that we can understand the apparent non-interaction between ‘them’ and us is to hypothesize that they are deliberately avoiding interaction and that they have set aside the area in which we live as a zoo. The zoo hypothesis predicts that we shall never find them because they do not want to be found and they have the technological ability to insure this.”

This Zoo Hypothesis which states that one or more extraterrestrial civilizations know of our existence and can reach us, but have chosen not to disturb us or even make their existence known to us. The rationale behind these hypotheses is that extraterrestrial civilizations, or a “Galactic Club”, will only contact us when we reach one or more technological, intellectual or social milestones. The “zoo hypothesis” considers ET studying us as we study animals in controlled settings such as zoos.

In the context of the Zoo Hypothesis, an extraterrestrial intelligence could be eavesdropping on us from a distance. The zoo hypothesis assumes that alien life is out there, but it doesn’t want to engage with us.

Many Encounters with ET on Earth

While SETI is looking outward to get ET information, millions (possibly billions) of us know that there have been reported thousands upon thousands of encounters with ETs and UFOs throughout human history, and even today each year thousands of witnesses are reporting their encounters.

The general position of governments (USA or Russia, UK etc.) against these reports is that of complete denial, stating that the encounter stories or pictures/videos are all a misunderstanding by the reporters of these sightings. A typical happened in July 1947, the famous Roswell New Mexico incident. As long as government continue to publicly deny and maintain a non-cooperative position towards recognizing ET and UFO, it is hard to proceed forward even with hard proof. My position on this subject has two points:

1) people would panic and create instability in this world that would include economic chaos,
2) people would stop listening to the government and their orders which would lead to, again, an unstable society.

However, here are examples of government-military responsible persons were involved.

In Aug.26, 1946, US scientific expedition (Operation Highjump) departed for the South Pole. It was led by Admiral Richard Byrd who flew the North Pole with pilot Floyd Bennett for the first time in the world. Later at 41 years old he flew over the South Pole too and he became the youngest person to become Admiral in the US Navy history.

Byrd oversaw Operation Highjump. The US convoy included 13 ships, 33 aircrafts and 4700 troops. They apparently fought a battle in Antarctica with (probably) remnants of the Nazi Third Reich, or with Extra-Terrestrials. What we know today, according to Admiral Byrd’s own words, is as follows:

In 2018, more than 70 years after Admiral Byrd’s story during his expedition, a satellite’s image captured a condensed water trail from an aircraft. It came from the North Pole to the South Pole. The distance between two poles is approximately 12,000 miles.

The maximum time contrail (or condensation trail) maintains its shape in the air is 30 minutes, but most of them dissipate in less than 15 minutes. Only a craft capable of flying more than 50,000 miles per hour, or 10 times faster than the fastest aircraft of today, could make a 12,000 mile contrail stretch without breaking up. It is an aircraft with speed of more than Mach 10.

It was also confirmed with Byrd that the US government ordered him not to speak again about the expedition and his experiences on the incident of the UFO attack.

Chile is the country with the highest recorded number of UFO sightings. Due to its low humidity, high altitude ridges, and clear skies with little pollution, Chile has become a favorite among UFO-seekers from around the world. Since 1995, the Andean town of San Clemente, hundreds of reports of mysterious aircraft has created the town as the nation’s UFO capital.

The country has even launched the CEFAA (Committee for Studies of Anomalous Aerial Phenomena), a government body which investigates Unidentified Aerial Phenomenon under the Chilean Air Force.

On Nov. 11, 2014, a navy captain and technician were on a routine daytime patrol mission flying north along the Chilean coast, west of Santiago. They spotted an unidentified object hovering in the clouds, so they tracked it. They tried to communicate with it, but when they got no response they reported the sighting to a nearby radar stations. Radar couldn’t pick up the UFO even though it detected the Navy chopper.

After two years of study, Chilean authorities have declassified and released a nine-minute video of a UFO filmed from a navy helicopter in 2014. CEFAA director General Ricardo Bermudez interviewed the airmen who saw the UFO and said he “was very impressed by these witnesses. They were highly trained professionals with many years’ experience, and they were absolutely certain that they could not explain what they saw.

The reasons why “Zoo Hypothesis” is appropriate to explain UFO/ET, are many. That is to admit that UFO and ET are here on Earth. Consider the followings:

Witnessing UFOs or ETs is recorded in human history. It appears that they have been visiting earth and letting us live from thousands of years ago. However, their purpose is unknown.