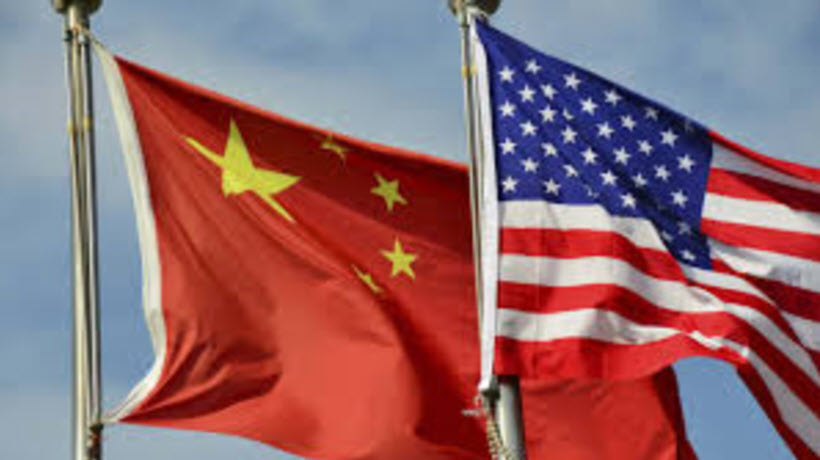 * “The supreme art of war is to subdue the enemy without fighting.” (Sun Tzu, 〜500BCE)

The Art of War remains the most influential strategy text in East Asian warfare and has influenced both Eastern and Western military thinking, business tactics, legal strategy, lifestyles and beyond. The book contained a detailed explanation and analysis of the Chinese military, from weapons and strategy to rank and discipline. Sun also stressed the importance of intelligence operatives and espionage to the war effort. Military and political leaders such as the Chinese communist revolutionary Mao Zedong have drawn inspiration from the book. During the Vietnam War, some Vietcong officers extensively studied The Art of War and reportedly could recite entire passages from memory.

The Art of War has been applied to many fields outside of the military. Much of the text is about how to outsmart one’s opponent without actually having to engage in physical battle. The Art of War is a systematic guide to strategy and tactics for rulers and commanders.

This is summarized in the axiom: “Know the enemy and know yourself, and you can fight a hundred battles with no danger of defeat.”  The book’s insistence on the close relationship between political considerations and military policy greatly influenced some modern strategists. Mao Zedong and the Chinese communists, including current leader Xi Jinping took from The Art of War many of the tactics they utilized in fighting with capitalist countries like USA.

The hundred years of national humiliation, is the term used in China to describe the period of intervention and subjugation of the Chinese Empire and the Republic of China by Western Powers, Russia and Japan in between 1839 and 1949. The Century of Humiliation includes:

Chinese children learn about their nation’s 100 years of humiliation at the hands of foreign powers who occupied large swathes of territory beginning in 1839. The Chinese dynasty slowly collapsed and they lacked the wealth or the technology, in the form of weapons, to resist the foreign powers. That period ended when Mao Zedong and the Communist Party won the Chinese civil war in 1949. Today we see China, under the governance of the Chinese Communist Party (CCP), attempting to settle historical scores and projecting worldwide power. Current leader Xi Jinping is rallying his nation around his version of “the China dream,” referring to previous eras in which China was an advanced world power. I see this as Chinese  revenge with their own historical understandings.

This is why China distrusts “white West” and Japanese powers even today. So, they do anything according to the “Chinese textbook” written by Sun-Tzu. Their strategy includes honey traps using Chinese girls, and bribe traps offered to strategically important people such as politicians at all levels of government, business people, and persons of influence in enemy countries. China uses these traps along with spying activities with their low-tech to high-tech devices available to intimidate them to negotiate in China’s favor.

3. On the Contrary, Humiliated by China

China is well known for her imperialistic behavior since ancient years to this modern day. While China is feeling humiliated by the foreign forces roughly listed in the above section, China herself made many neighboring countries feel humiliated in the past. Since China has been doing exactly that against her neighboring countries she is not qualified to harbor any bad feeling against the British, French, German, American or Japanese.

The Chinese invasion of three big autonomous regions: Inner Mongolia (1,183,000km2), Xin Jiang (1,666,000km2), Tibet (1,228,000km2) which are being bullied by CCP today, consists about 42.5% of Chinese land (9,596,000km2). People of these areas are suffering under the inhumane treatment by the CCP. This is happening today in China. Thus, Chinese revenge attempts based on their “Century of Humiliation” is not logical. If logic were to be applied, then these three autonomous regions would have their own righteous reason to wage their own revenge against China.

Former CIA Operations Officer Charles Faddis explains how the CCP puts pressure on the US Main Stream Media (The New York Times, The Washington Post, Bloomberg, ABC, NBC, CNN, and MSNBC) to get them to promote and support Communist China’s policies that are detrimental to the United States’ independent thinking.

For the first time in US History American Democrat leaders of the US Congress and the left of center liberal Main Stream Media establishment have been colluding with Communist China to support the revolution in the streets of America, while the left of center Media establishment has been suppressing reports of the violent riots and anarchy as they happened in 184 cities, and have been colluding with a Communist country to defeat the United States.  Leaders of the BLM movement include Maoists supported by CCP. This is not a conspiracy theory. This is the real one.

A book by Clive Hamilton entitled, Silent Invasion: China’s Influence in Australia, describes how the Beijing government and Communist Party are systematically attempting to influence Australian policies and cultural life. Hamilton calls it “rot at the heart of the Australian democracy.”

In the United States, the Chinese government is pursuing a similar strategy and the vast majority of Americans don’t understand it. If anything, the CCP’s campaign in the United States is even deeper because it involves obtaining access to cutting-edge technologies, hacking massive amounts of personal information, undermining US institutions and trying to shape American perception of and policies toward China.

Nearly four million Chinese-Americans are targeted by Beijing – which believes they should be loyal to their ancestral country, not America. Some Chinese-Americans and Chinese residents in the United States have cooperated in obtaining technology for the Chinese government. And many Chinese nationals who obtained years of experience working at American companies have returned to China to help competitors there.

In fact, Xi Jinping, since taking power in 2012, is attempting to eliminate Western ideas and establish himself as an absolute ruler for as long as he chooses. The Chinese government, under the leadership of the Ministry of State Security, is coordinating digital hacks and cultivating spies in US companies and government bodies. The arrest in October 2018 of a senior Ministry of State Security (MSS) China official attempting to extract secrets from General Electric’s jet engine division is a case in point.

In short, if you add up all the threads, there is a massive, coordinated assault taking place on American technology, perhaps the largest, fastest transfer of intellectual property in human history, and much of it is taking place on US soil.

6. Behind Left-Wing Media is CCP to Destroy America’s Independent Press

Debra Tash of Citizens Journal says that the goal of the treasonous collusion by American politicians with Communist China, is to take down the President of the United States, while supporting and systematically eliminating the future independence of the media establishment in the United States—effectively eliminating “Freedom of The Press” forever.

The below listed article explains how The New York Times, The Washington Post, Bloomberg, ABC, NBC, CNN, MSNBC their owners, and their major stock holders with large financial interests in Communist China, have been pressured to get in line with and follow CCP’s public relations policies against the United States.  Those US media organizations either have direct ties with the CCP, in some cases have partnerships with CCP’s state-run media, in other cases are involved in massive business dealings with Communists Chinese companies, and in the case of Bloomberg, that organization has been sending billions of US dollars to Communist China to invest in 159 CCP owned businesses.

The “United Front” has been able to put powerful and threatening pressure on the above listed media giants who are subject to the CCP’s controls in China; they have therefore been forced to  step in-line to consistently and dutifully promote CCP’s anti-American policies, underscore  CCP’s public relations policies to shape the American people’s public opinion of the CPP as favorable and even desirable.

Most recently CCP vilified  anyone who dared to say the man-made corona virus from the Wuhan Lab in Communist China is a China virus. Previous viruses were always named by the locations from where they originated, like the Hong Kong, Spanish, Asian, etc. viruses. US  Main Stream Media quickly fell in step and dutifully echoed the CCP rhetoric.

7.  Closure of Chinese Consulate in Houston

Radio Free Asia (RFA) published an article explaining the reason why the U.S. closed China’s Consulate in Houston. The article stated that the U.S. has known that the staff members at the consulate were conducting suspicious activities for a long time without taking any actions. But what made the US order the closure of the consulate?

The Second Department of China’s People’s Liberation Army (PLA), which is the PLA’s intelligence unit, sent staff members from a large network company, with fake IDs, to China’s Consulate in Houston. Those technicians used a large video platform’s backend data to identify people who might participate in the Black Lives Matter (BLM) and ANTIFA’s protests and then created and sent them customized videos on how to organize riots and how to conduct such  promotions. Two Chinese working at the consulate revealed this “secret” to FBI after their defection. Black Lives Matter is a communist movement—period. This is why peaceful demonstrations become destructive actions throughout US cities.

The Communist Party requires a representative to be present in every company with more than 50 employees. Every firm with more than 100 employees must have a party cell, whose leader reports directly to the party in the municipality or province. These requirements compromise the proprietary nature of a firm’s strategic direction, operations, and competitive advantage, thus constraining normal competitive behavior, not to mention the incentives that drive founders to grow their own businesses. Their question was whether China has a good institutional framework for innovation, and their answer is NO!

The governance structures of China’s state-owned universities still leave too many decisions to too few and to too self-important people. Chinese universities, like state-owned enterprises, are plagued with party committees, and the university party secretary normally outranks the president. While a few extraordinary party secretaries are central to their universities’ success, as a rule this system of parallel governance limits rather than enhances the flow of ideas.

9.  Speaking of my Intuitive Sense

When I try to list up China’s wrong doings in USA and against the people of USA, this blog space is powerless as well as my attempts seem fruitless and stupid. Instead of “proving” all the facts CCP is conducting in USA, I feel it wiser to listen to my own intuitive senses regarding clash of two titans. After all, humans have the intuitive ability of integrating knowledge to get to a higher level of knowledge. I can make the following summary.